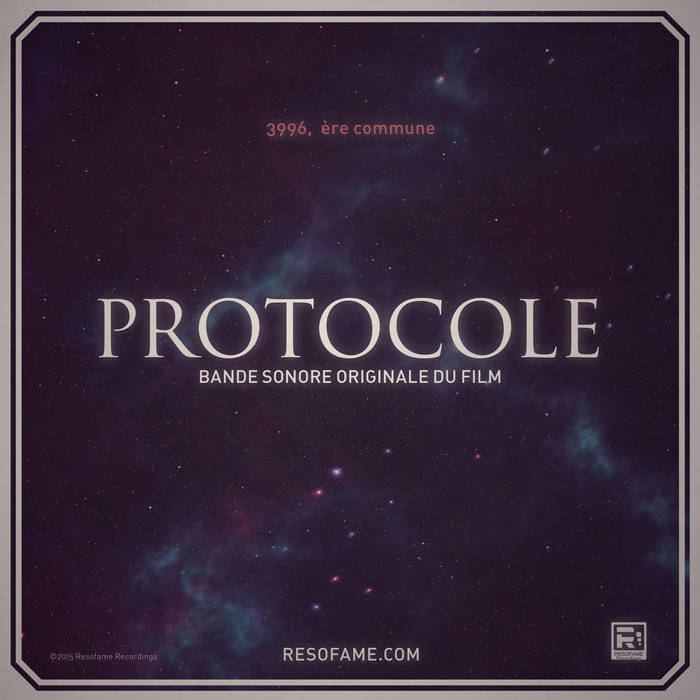 "When a trans-dimensional space freighter pilot delivers a shipment to the 666 dimension, he better follow the PROTOCOLE."

With the closure of Radio-Canada’s “L’entrepôt du costumier” in 2014 several unmarked archive boxes have been cataloged for inventory and one box of particular interest has made its way to the Resofame office. Inside, we found soundtrack master tapes, post-production audio treatments of dialogue, a few pre-production sketches, the movie poster and a promotional mouse pad for what appears to have been a French language sci-fi horror film produced somewhere in Quebec in the late 1980’s. According to some research completed by our Montréal correspondent, Jérôme LeBel, "Protocole: Le Voyage d’un cargo de l’espace transdimensionnel" seems to have been placed in production limbo when the film studio’s parent company decided to focus its resources on Denys Arcand's follow up to the highly successful "Le Déclin de l’empire américain." For unknown reasons, production on Protocole never resumed and it was ultimately shelved. However, it appears that most of the film was near completion, including an impressive original score by Montréal synth-wizard, Pocaille.

We have painstakingly digitally archived and restored all of this, complete with hi-resolution scans of the printed materials and even limited edition reproductions of the promotional mouse pad. As an added bonus, we have employed five of Montréal’s finest electronic music producers to remix the movie’s main title theme.

Bandcamp Daily  your guide to the world of Bandcamp

Cannibal Corpse's George "Corpsegrinder" Fisher stops by for an interview